There is something deep about a hug. Like an ocean flowing over, through and around you. It won’t drown you because you can breathe underwater. Enveloped inside big strong arms, feeling the pressure of warm fingers, the familiar smell of home. I am home. You are here. You and I are, for the length of this hug, as one body. My love flows to you as your love flows to me, right down to my very core, fizzing along my capillaries and through my muscles and over my skin like the first sip of champagne. When we part, the tide has turned. From slack water to ebb or flow. Birds lift in anticipation, fish swirl in the depths, sensing a change; seaweed flutters in confusion. Which way now?

After months of slack water, these son-hugs turned the tide. Tall, strapping men, fit and healthy, warm and soft, gifting love and support, hugging. They have to bend down a bit for a hug with me and even further down to hug their wheel-chariot dad, but they can flex and stretch, rise up again effortlessly, as once we did. Buried in their chests I breathe them in, remembering. Not so long ago they dandled on my knee, fed from me, squealed their delight, screamed their anger and now look at them, fathers themselves with knees for dandling their own little ones. How fast life travels, how fragile it is and yet how strong. How long is a life? There is no answer to that. What matters, it seems to me, is what we learn during that life through observation, sail correction, through the anger and the joy, the near drowning.

Moving through a morning of poppies, I feel the inner shift. Tomorrow, if the wind rises, these crimson wide-open petals may be ripped and stripped. I saw them as buds at 6 am. By 7.30 they showed me a cadmium red mandala. By 8 they were face-up to the sky, black mouthed, anticipating insects, their petals combing the breeze like silk. To seize the day, the moment of lift, as they do, teaches me. To show me life is beautiful, fragile as poppy petals, strong as sons, and, most of all, to be truly lived, no matter how long or short. No matter at all. 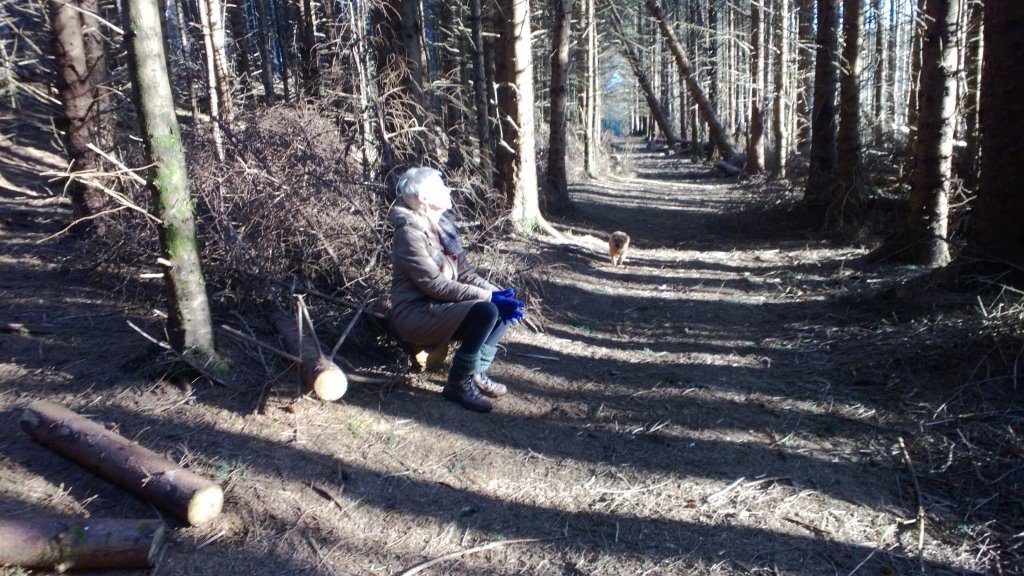 Things are hotting up for the launch of my book, Island Wife, to be published by Two Roads on March 28th.  The Hodder team, of which Two Roads is an imprint, are working hard on press releases, magazine reviews, media opportunities and book signings.

As my penultimate son would have said when the excitement in him rose like a wave….’I can hardly bear my seating!’

People, friends, ask me ‘what does it feel like?’

Like a moon flash on the sea loch as the storm clouds part.

Like the smell of sunshine after rain, or the first cuckoo in Spring.

And so much more.

‘Farmor’ means Father’s mother in Swedish and it is the name my new little Viking grand-daughter will probably call me on her Swedish days.

Over the next few weeks, my story will be heavying down the post-people and the carriers as the copies wing their way around the country.  E books will ding through space and time to settle into Kindles and Ipads and people in dentist waiting rooms will forget the tropical fish for as long as it takes to read some review on me and my book.

I will find my book in shop windows, or held in hands on a train, or a bus.  Will I say anything?  Will I bounce up all full of beans and introduce myself, offer to sign the copy and leave just knowing they will spend days buzzing with the excitement or will I slide past with a flicker of a look and hope I am not recognised?

Honestly, I just don’t know, for who is born for this, for a sudden chance at some level of fame, be it good fame or not so good fame?  Who knows, when stepping into new shoes (haven’t bought them yet) or onto a new path, what to do or what to say?  I won’t know my surroundings and we are always better when we know our surroundings.  And people will look at me differently once they have read the bones of me.  I wonder what that will feel like.  After all, for most of the year, I hide myself happily away on the island, sometimes seeing not one person all day long.  Now it seems I must walk this baby into the world, which is what I always wanted, always dreamed of.  Not the publicity, although I am sure I will enjoy it all, but to touch on another’s life, to make a connection through my story, with theirs, with yours, perhaps, and to tell you without telling you at all, that you can do it too, whatever it may be for you.

A day longed for by many, fizzing with champagne and flowers and hopes and promises, and one shrugged off by others, usually those in stoutly sensible lace-ups and crackly anoraks.

‘A load of romantic nonsense!’ they say, indicating, with a chuck of their square chin, that such an unrealistic, time-consuming and pocket-emptying affair should remain ‘over there somewhere’ and dare to move no closer.

Their wives think differently, of course.  They have grown weary of being realistic over the years and might rather appreciate the odd attempt, however odd, at an indication that this man with whom they have walked through most of their lives, does, in fact, realise they are a fully paid up member of the female species, and that, beneath that crackly and efficient exterior, there beats a soft, gentle and loyal heart.

Although this heart feels, most of the time, like a rather unattractive pulsation of tubed-up offal, it could glow again, with the smallest gift, the tiniest whisper of proffered affection, and I don’t mean an emaciated clutch of terminally ill carnations bought from the local garage and dumped on the kitchen table.

‘We don’t do things like that.’ they say, these men as if it was a good thing and one ‘we’, at a certain point, grow out of, along with wetting the bed and playing conkers.

I ask them ‘Why not?’  which is always my favourite question when someone says they don’t do this or that, because, in the main, they have absolutely no idea or have quite forgotten why, having ‘not done’ that thing for a very long time.  Then they pull back a little, in case whatever I am showing signs of might be catching, and, at the same time, their sensible wives pull forward as if hoping that it is.

We do celebrate Valentine’s Day, still, after over 40 years.  I am not saying I have felt much like it at times, nor I imagine has he, but one of us at least has not allowed romance to starve to death  over time,  and I am glad of it, because what we have not lost is the fun in a marriage, and, to be honest, if there isn’t fun then it is just a life sentence.

However, fun does not appear by magic, it is a delicate plant that needs daily attention.  Not bothering is so much easier.  We women will always rise ourselves up from any ashes that come our way, but we can only do so much rising once the rust sets in.   As we watch others being bought fresh flowers or taken out to dinner, or being told how wonderful/pretty/clever they are, we know we want the same.  Our problem is that we have forgotten how to ask for it.

The most beautiful thing we can experience is the mysterious.  It is the source of all true art and science.